Either way, this defense of Beyoncé will be accompanied by a defense of the capitalist system of exploitation and wage slavery. 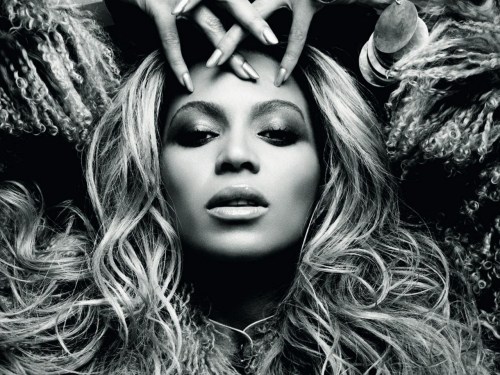 It’s also a critique of a very common paternalistic, neocolonial line of thinking. When white feminism criticizes Beyonce, I’m here to clap back.

“Companies like Topshop have a duty to find out if these things are happening,” said Jakub Sobik of Anti-Slavery International. What things? Sobik alleges Beyonce’s Topshop sportswear collection is assembled by Sri Lankan women for £4.30 a day.

Is a wage of £4.30 per day “inspiring and supporting women,” the collection’s stated goal?

It all depends on your definition of support.

Everywhere we’re asked what’s empowering to women. Are naked selfies empowering? How about SlutWalks? Is Leaning In empowering, or is does it help women more to Lean Out?

Teasing out the feminist implications of individual women’s choices isn’t a bad intellectual endeavor, especially for the women with the luxury of surplus time and resources to ponder whether it’s good feminism to reclaim the word “slut.”

But it’s the epitome of “white feminism” to hand wave the harder, more pressing questions about empowerment, like whether factory wage labor is more feminist than early marriage.

Having these discussions requires acknowledging that the choice between sex work, domestic labor, factory work, and marriage are indeed choices. And that even poor women are capable of maximizing their own self-interest.

The first step to making a problem worse is acting before you understand the problem.

Slavery is horrific. However, it’s unclear why Anti-Slavery International is weighing in on the fact that these workers make double Sri Lanka’s minimum wage. While a salary of £4.30 per day is not great, even in a developing country, it’s also not slavery.

According to Avens O’Brien, whose math I trust, the *average* Sri Lankan has a gross nominal monthly income of about 9,000 rupees (about $61). The basic wage for a sweatshop worker for Beyonce’s company is about 18,500 rupees (or about $126).

But even if these workers made 60,000 Sri Lankan Rupees per year, or 40,000, it’s still a choice. And it’s likely the best available option.

Outlawing, boycotting, or regulating sex work or sweatshop labor has two potential outcomes, which are not mutually exclusive:

1. Employers might retain the same number of workers and also pay them more and treat them better.

This is the least likely outcome. They might retain workers or improve conditions, but not both. Certainly not long-term unless they also suddenly somehow become more profitable.

In general, outlawing, boycotting, or regulating sex work or sweatshop labor results in depriving people of their first choice in employment and driving work underground where it’s even more dangerous.

Effective boycotts and regulations and bans lead to women losing their factory jobs. As Paul Krugman pointed out, “Global poverty is not something recently invented for the benefit of multinational corporations.” There’s no need to imagine what will happen to workers if these campaigns are successful. Just look at what the people were doing before the factory opened. Options include homesteading mountains of garbage and subsistence farming.

Some of them go into sex work. Others become domestic workers. Some marry to alleviate their poverty.

Some people must choose between starvation and an array of dangerous and humiliating employment choices. This is an economic fact, resulting from kleptocratic governments, corporatism, and insufficient political will to build a functioning social safety net.

The question is what should we do about it?

I’ll say it again for the people in the back: If a woman chose a factory job you’re not making her life better by taking that job away…regardless of whether that job is domestic, service, manufacturing or sex work.

Okay but what is support?

Which brings us back to the first question. Support is supporting women’s choices.

It’s having the humility to ask yourself, “Who am I to try to decide from from a place of comfort which work poorer woman should be allowed to do?”

“There is a large gulf between concluding that the activities of sweatshops are morally evil and concluding that sweatshop labor ought to be legally prohibited, boycotted, regulated, or prohibited by moral norms,” Zwolinski writes.

The only thing I can do with those tools is deprive women of the little agency they have to make the best choice for them in the circumstances they’re in.

There is no magic bullet. There’s no social media campaign against Beyonce that will create more and more pleasant employment choices for Sri Lankan women. But there is a way to inspire and support these women. And the first step is to not stomp on their ability to make choices based on their preferences, even when those choices don’t seem ideal to us.

“Washing our hands of the situation and just closing the sweatshops would make their workers worse off, potentially much worse off,” Laven-Morris warns. “If we want to help people, we should give them new options, not take away existing ones.”