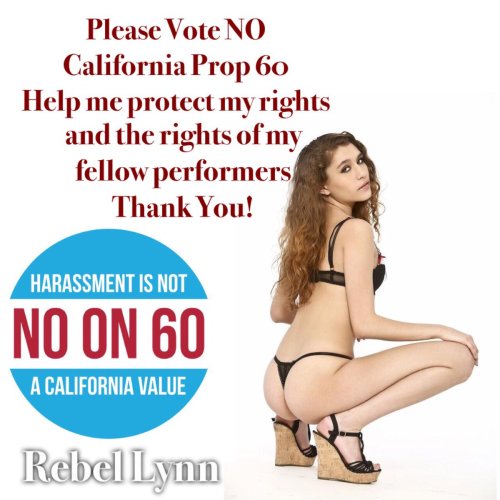 They also legalized recreational use of cannabis. And yet on that same day, America elected a racist, misogynistic fascist to power. In Tits and Sass, Juniper Fitzgerald uses this dichotomy to exhort her fellow sex workers and labor rights advocates to reject “the platform of bodily autonomy and individual rights” for collectivism.

Despite libertarians’ claims that their political model is value neutral, it is most certainly a normative philosophy, one which makes ethical judgments. But sex working libertarians and their allies tend to only pay attention to the bodily autonomy and individualism promised by this political philosophy. This is perhaps why many so-called libertarians now unapologetically boast support for our President-elect.

I’ve lobbed similar charges at libertarianism, writing that “Any philosophy that is supposed to address power and yet is perfectly compatible with racism and sexism is, in my opinion, both morally bankrupt and practically useless.”

Many libertarians have fled the movement for the alt-right because they were never principled defenders of limited government. They used “limited government” as a fig leaf to cover their white identity politics.

In libertarianism, open racists and sexists are invited to speak at conferences and hailed as heroes. But a woman who is openly opposed to racism and sexism is angrily shouted down and told to leave their whites-only safe space. I’ve never advocated doing anything to grow government on net to advance social justice causes. Or any causes. But many former-libertarian neoreactionaries credit/blame me for their conversion. Like my social justice warrioring was so offensive to them that they had to flee libertarianism.

Ignoring white supremacy as a structure is part of the neoliberal falsehood of free choice. And sex and labor are included in this fraudulent model of choice. After all, sex and labor do not exist in a vacuum. Nothing does.

Libertarians don’t just ignore white supremacy. They shout down anyone who dares acknowledge it. “This election has convinced me that the term ‘libertarian’ just doesn’t apply to me,” Wrote Cato scholar Jonathan Blanks. “In the face of racial demagoguery, by and large, libertarians have failed miserably. It is embarrassing and I’m out.” Gordon Cummings added: “In the end, we will remember not the words of our enemies, but the silence of our friends.”

I don’t think it’s coincidence that the people I know who have adopted, and then rejected, the libertarian label are overwhelmingly women and people of color. And the people I see defending it are overwhelmingly white men. The question I asked at the beginning of my odyssey into underinformed punditry was, “Why aren’t there more libertarian women?” Now the question I’m asking is, “Why do only the white men stay?”

I can’t unexperience the gendered, racial harassment I’ve received at the hands of libertarians.

I’ve never advocated for a net increase in government. I have been a principled anarchist. And yet so many libertarians have made it clear that I’m not welcome because I dare acknowledge structural racism.

Choice requires power. The problem with “thin” libertarianism is that the state is just one force robbing people of power. Structural oppression also robs people of power.

So that’s why thinking women and people of color don’t take libertarianism seriously. I do think, however, that I threw the baby out with the bathwater the last time I quit libertarianism. Does it suck balls? Most certainly. Is it chock full o’ racists? Without a doubt.

Cambodian women forced to choose between staying in prison indefinitely on prostitution-related charges or sewing in H&M sweatshops are probably not afforded the same kinds of choices as college-aged American girls who join burlesque troops for purposes of “sexual liberation.”

However, it’s frankly the epitome of “white feminism” to hand wave the harder, more pressing questions about power, like whether factory wage labor is more feminist than early marriage.

Before I quit libertarianism the last time, I got kicked out of feminism. Which prompted me to opine about why no one takes feminism seriously.

Just as Ron Paul hung out with David Duke, feminism is strongly associated with Marxism. Juniper Fitzgerald is kind of Exhibit A.

Now, I understand Fitzgerald’s argument. Yes, in a capitalist system (by which I mean a mixed economy) the existence of government regulation leads to rent seeking. This plus racism and sexism leads to a distribution of capital which is simply not defensible, whether morally or economically. It’s not fair, and it doesn’t lead to wealth creation. This system locks disadvantaged people out of access to certain careers. Someone who does not have access to capital is not as free, under capitalism, as someone who does have access to capital. So, when people choose jobs in capitalism, they are choosing between a list of options which has been narrowed by capitalism itself and death by starvation. This is as much a choice as choosing whether to suck cock, get ass fucked, or shot is.

The problem is that collectivism-promoting, sex-negative feminists keep telling me that, under capitalism, having to get a job is rape.

There’s a lot of irony in a sex worker dismissing the important difference between a guy with a gun telling you to suck cock or die immediately and choosing between scrubbing toilets and sucking cock.

Should this set of choices should be bigger? Yes. But normal people get the insanity of the idea that taking capital with the violence of government and redistributing it based on central authority will lead to a broadening of choices and not a narrowing.

People like choices, and want more of them. People don’t condescend to poor people by pretending that a choice that’s distasteful isn’t a choice. How odd that a sex worker won’t acknowledge that the choice between sex work, domestic labor, factory work, and marriage are indeed choices. And that even poor women are capable of maximizing their own self-interest.

The truth is that we’re all raped by scarcity. Scarcity is the gun that forces low-opportunity men and women to suck cock or starve.

Capitalism sucks. A mixed economy sucks. Rent seeking sucks. Unfortunately, more economic freedom is a better way to fight scarcity than less economic freedom. Let’s say it were possible to reclaim access to capital back from the people who control it now. It’s not, but let’s say it is.

Innovation is directly correlated to the opportunity to gain and lose access to capital. If no one has to suck cock to survive, no one will come up with a way to get more food out of the same amount of land.

People intuitively understand that there is a big difference between being poor and having to get a job to eat and like actual slavery. Marxism tries to erase that line in order to gin up righteous indignation in people who’ve never actually experienced poverty. And so normal people reject it.

Trump is nearly as far away from individualism as you can get.

Individualism is one component of liberalism. Liberalism doesn’t advocate freedom from government interference for some. It advocates for freedom from all arbitrary coercive forces for all. Liberalism has as one of its goals that everyone can be free to participate in trade, movement, speech, work, and so on. As Economist Deirdre McCloskey put it, “liberalism, in the free-market European sense” is, among other things, “equality before the law and equality of social dignity.”

Libertarianism at best ignores structural oppression not directly attributable to “the state,” and at worse participates in it. Liberalism, on the other hand, repudiates it. Liberalism recognizes the constraints the state, bigotry, and scarcity impose upon people’s choices and yet still recognizes individuals’ agency to choose within those constraints. Even sex work. Even sweatshops. Not because we like them, but because the alternative, ripping away people’s agency for the benefit of the collective, is worse.