When u trapped in a house full of libertarians for the blizzard u have to deal w Sunday morning arguments about foreign policy. It’s okay though. They let me make breakfast and when I have bacon and eggs I’m a pretty happy camper. The whiskey coffees didn’t hurt either. This weekend was the best. I’ve never had a lot of friends, but I’ve always watched a lot of TV. You know those groups of TV people who are always together, like on How I Met Your Mother or Rugrats? I kinda have that now. And after a few hours we all end up with Tommy Pickles’ dexterity.

This weekend I made it a goal to get my book long enough that I could show it to an agent. Hello, I have hella followers on social networks and 31k words about my insecurities and sex life. Who wants to give me a book deal?

I found a picture of myself on Tumblr! 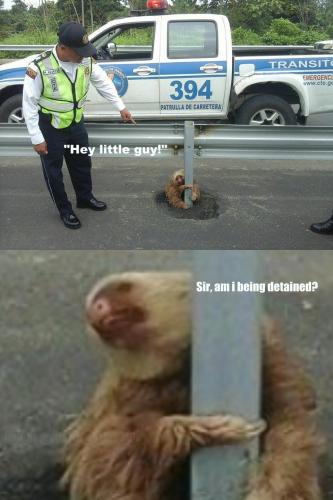 The Government Poisoned Flint’s Water—So Stop Blaming Everyone Else

Bernie Sanders and the Liberal Imagination

“Effectively [Bernie Sanders] answers the trenchant problem of white supremacy by claiming ‘something something socialism, and then a miracle occurs.’”

What these two stories have in common is that they point out the cravenness of Democrats always and everywhere calling Republicans racists. But when asked to look at the way their own laws and choices have codified white supremacy, say it’s too “divisive.”

“So ‘divisive’ was Abraham Lincoln’s embrace of abolition that it got him shot in the head. So ‘divisive’ was Lyndon Johnson’s embrace of civil rights that it fractured the Democratic Party. So ‘divisive’ was Ulysses S. Grant’s defense of black civil rights and war upon the Klan, that American historians spent the better part of a century destroying his reputation. So ‘divisive’ was Martin Luther King Jr. that his own government bugged him, harassed him, and demonized him until he was dead. And now, in our time, politicians tout their proximity to that same King, and dismiss the completion of his work—the full pursuit of equality—as ‘divisive.’ The point is not that reparations is not divisive. The point is that anti-racism is always divisive. A left radicalism that makes Clintonism its standard for anti-racism—fully knowing it could never do such a thing in the realm of labor, for instance—has embraced evasion.”

Going back to people who assume people who want limited government want it for selfish reasons, we have this. It’s an argument against slavery reparations. First, demonstrating poor reading comprehension in public does libertarianism no favors. The piece in question was not actually about slavery reparations. It was about redlining. But I guess reading the headline was enough to inspire your own rant.

When did this country become the greatest on Earth? I missed that.

Also, are you really claiming that slavery reparations would “end what made this country great?”

Also, I bet some libertarians (then called liberals) definitely participated in slavery. Though, really, WHO THE FUCK CARES?

“When Libertarians point out the party of the Republic fought to end slavery and the party of Democracy fought to keep it, we get poo-pooed.” Yes, you do. Because that’s a dumb thing to go on about, not least because political parties of that era don’t resembled today’s parties. If you need more explanation than that, read someone who is poo-pooing you, and not just the headline.

“When we point out government created Jim Crow, and it created Chicago’s ghettos, that doesn’t muster any anti-government rage with TNC.”

LITERALLY THE ENTIRE PIECE WAS ABOUT GOVERNMENT-CREATED HOUSING SEGREGATION.

If you’re curious about how to talk about liberty without sounding ignorant, here’s a great example. “Dismissing bad arguments against inequality as if they were the only arguments means the talking heads get off too easily. The real problems with inequality in our society have to do with its sources and its consequences.”

This is a well-written, factually bulletproof argument for addressing the government causes of wealth inequality.

AND YET because it contains the word “privilege” many libertarians couldn’t get past that word far enough to see the larger point. I love how libertarians will go on and on about how the “PC police” have made it impossible to have a dialog unless language doesn’t offend people, then those same assholes will refuse to engage in a dialog unless their trigger word is removed. This is reason 26588 I can’t take anyone who complains about PC seriously. If you can’t make your point without being openly bigoted (that’s the definition of un-PC, btw), your point’s likely not very good.